Jane Jackson and Robert Richards took part in the inaugural Run to the Sea Ultra Marathon takes place on Saturday.

The 50km multi terrain route is from Ringwood to Hengistbury Head; absolutely stunning and extremely flat! The first 30km uses the Castleman Trail, a disused railway path,  through lush forestry and tranquil woodlands, to reach Holes Bay and Poole Harbour. Followed by the amazing views over Brownsea Island and Sandbanks before you join the legendary coastal promenade for the final 15km, through Bournemouth, to the most beautiful finish of them all, at Hengistbury Head.

Jane said that although it was a bit too much tarmac on the route for her taste, she surprised herself by enjoying the experience.  As she is still recovering from injury she went with a plan to run sections with brief walking interludes, seeing her finish second lady in her age group in 6h26m.  Robert said that despite it being flat, and without his usual preferences for mud, wind and rain he still enjoyed doing it, and completed in 5h48m. 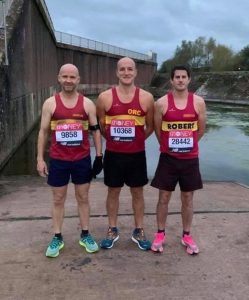 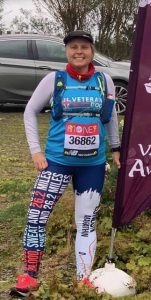