Winter was suddenly upon us last weekend with, snow and rain combined with cold winds to emphasise the change. This didn’t stop our runners from getting out onto the moor as well as and getting muddy in two off road races, the Run Venture Rollercoaster and the Bicton Blister.

The Rollercoaster at Tamar Trails offers five miles of trails with five main hills, though a few others too! The forest tracks take the runners on some steep ascents and descents through the Tamar Valley starting and finishing at the Run Venture Hub. Okehampton’s Paul Crease showed what great form he is in, winning the race in a great time of 33.20 making his average pace 6.37 over a very hilly course. Okehampton’s only other runner here was Katie Littlejohns who also had a great run, finishing in 40.21 to come fifth lady and setting a new age group club record.

Two Okehampton runners took the trip down to East Budleigh to run the Bicton Blister, one doing the 10 mile Blister and the other the 4.5 mile Blister Lite. The start and finish of both these races are on short road sections with the remainder on muddy forest tracks and sandy, stony heathland paths, also surprisingly muddy, with a river crossing to make sure the runners got their feet wet. The hugely popular Blister always attracts a good entry with nearly 500 taking part this year. Okehampton’s complete newcomer, Jennie Bruce, has never run further than about six miles and never done any off road racing, but this didn’t stop her taking on the full Blister where she finished in an impressive 1.18.57, coming ninth lady. Rachael Haydon had entered the full Blister, but having not completely shaken off a chest infection, she dropped to the shorter distance where she still knocked six minutes off her previous time on this course to finish in 53.50.

Much further afield runners were taking advantage of our glorious moorland environment to prepare for a series of future events or just plain fun. Janet White, Jane Jackson, Mike Baker, Christine Jeffery and Phil Read enjoyed a Wild Moor run with taking in Hangingstone horseshoe clockwise. Still a bit of snow and a lot of water underfoot so their feet felt a bit frozen at one stage. Views to die for though and perfect company! 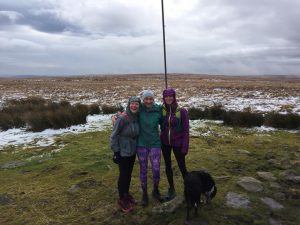 The training has started for Alison Holiday and Jo-Anne Turner coast to coast journey next Easter, Sunday’s 16 miles was mainly walking across fields up to their knees in mud and cow muck! 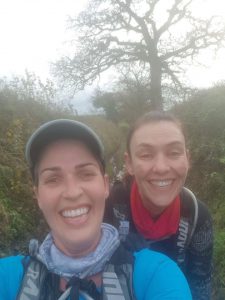 Notwithstanding the cold weather a further group decided to take to the ring road and make their way around on Sunday morning included Ruth Bushell, Beki Simmons, Claire Sprague, Kerry Morashti and others including dogs. 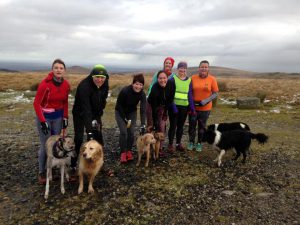