A lack of actual races over the Christmas and New Year period didn’t stop you all from taking on some tough challenges in winter conditions. On Saturday Jo Turner and Ali Holiday took part in Climb South West’s Dartmoor in a Day. The Winter Traverse is a 50k journey across Dartmoor from South to North in the form of a fully guided walk or run. Starting in South Brent, the route heads north to Princetown and then on to the wilder, more remote parts of the North moors including Roos Tor, Tavy Cleave and Chat Tor, from where the route follows the Rattlebrook dismantled railway before descending to the finish at Meldon. Jo and Ali were using this as part of their training for the Devon Coast to Coast challenge at Easter where they will have to complete this sort of distance for four consecutive days to cover the 117 mile route. After weeks of grey skies, wind and rain, the cold and clear conditions made for some stunning scenery to be appreciated along the way, but the bone chilling temperature combined with a relatively low pace meant the two ORCs felt cold for most of the journey. While Jo has completed two ultra marathons before, this was Ali’s first experience of this sort of distance, but supporting each other they completed the tough challenge in 10 hours.
New Year’s Day saw the annual pilgrimage of runners taking on the ascent and descent of Cornwall’s highest hill, Brown Willy on Bodmin Moor. Starting from the Jamaica Inn, the route is a straight up and down type of fell run across open moorland, covering just over seven miles. At this time of year the choice of conditions underfoot is either muddy or frozen and this year it was very muddy! Despite this not being a race, but an informal run to welcome in the New Year, the kudos of being the first to the 1,378ft summit and back is hotly contested by the faster runners. Okehampton’s Paul Crease is a runner who can’t resist a challenge and completed the run in 58.01, to come home in third place. Moor running specialist Rob Hicks also had a good run and finished in 1.01.10, followed by the much improved Chris Turner, who chased Rob all the way to finish in 1.01.33, all three of them being in the top ten finishers. 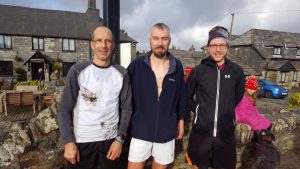 On Boxing Day a lone ORC, Tom Andrew, took part in another charity run that is becoming a traditional fixture of the Christmas period, the Beat the Fox Run. This 5k multi terrain fun run is held in support of North Devon Hospice and starts at the Fox and Hounds pub in Fremington. The “fox” leads the runners out along the road for a short distance, before allowing them to pass him as they head off-road across paths, fields and some very muddy tracks, all the time trying to stay ahead of the fox who, being a fast runner, is hell bent on overtaking as many runners as possible. Tom did indeed beat the fox back, a small reward for running through large amounts of thick mud! 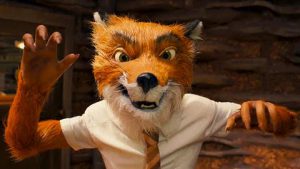