What an awesome turnout this weekend for our club. It is a privilege being part of such a well supported and diverse club. We had 33 members at three events this weekend; Saturday night saw the first in the Wild Night Run series, kicking off with the Haldon Night 5k and 10k races, The Templar Ten and off course the Bideford 10.

Despite the massive attendance at the Bideford race the first mention must go to Brennan Townshend only recently joined the club and he did it proud, flying round in a hugely impressive time of 57.22 to win his first race in Okehampton club colours. The Templar Ten is a multi-terrain race starting and finishing in the grounds of Stover School with the course taking the runners through the picturesque Stover Country Park. Also running there was David Slocombe who is enjoying his recent return to racing and finished in 1.46.54.

The Wild Night Series takes place at Haldon forest and on a clear night there was a full moon to help light the way along the woodland paths and trails of the Forest. Five ORCs took on the 10k distance and the first home for the club was Christine Fritsch, improving on her time last year to finish in 1.02.35. Phil Spinney, who has only recently got back to running after a lay off, was next in 1.04.12, followed by Geraldine Walter in 1.04.47, Beki Simmons in 1.08 .00 and Hannah Woods in 1.10.31. Phil’s son Aiden won the under 8’s fun run with his younger sister Kiera coming 7th, a good prospect for Okehampton’s future membership possibly! 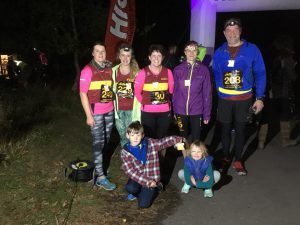 At the Bideford 10 Miler on Sunday there was another huge turnout of ORCs to take on this fast, flat course which this year had nearly 930 finishers. The weather often has a big effect on this race which heads out on the roads to Yelland and then returns beside the Torridge estuary along the Tarka Trail. There was a strong headwind on the outward journey, and along Instow seafront it was brutal, whipping up sand from the beach and throwing it in the runners’ faces, but it was slightly more favourable on the return leg of the race. There were some great performances, some first timers at the distance and a host of personal bests from Okehampton’s runners.

First home for the club was Roger Voaden, just a week after his Snowdonia Marathon in a time of 1.04.40. The first lady home was Katie Littlejohns who is really on form at present, her time of 1.11.37 giving her a new PB and a new club record for the distance. 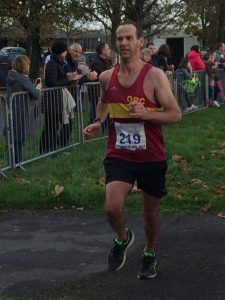 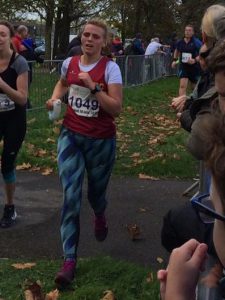 Not forgetting the regular Moor runners who braved the elements with some brilliant Moor running by Janet White, Mike Baker and Emma Dean. 11 mile hard but fun slog! 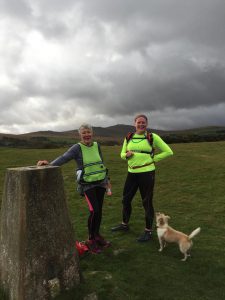