Two ORCs were to be found racing 400 miles north in Cumbria on Saturday. Merv Rice and Jane Jackson were both in the Lake District for the four day Kendal Mountain Festival where a 10k trail race was held as part of the festivities. The race started in the town centre where it took some time for the 700 runners to pass through the start gantry. 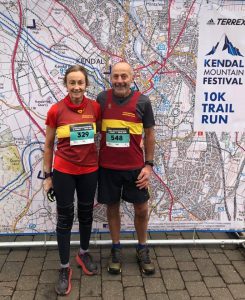 As you would expect in that part of the country the route immediately took the runners uphill for over three miles, initially on tarmac but then off road as they climbed to the top of Scout Scar. The stunning views of the mountains, some with snow on the peaks, and the coast back towards Morecambe Bay made the effort worthwhile however. After some undulating ground there was one more steep uphill before the runners made their way downhill across the golf course and then back into the town via several flights of cobbled or stone steps. Merv has done this race before but finished slightly slower than last year in 1.02.04. It was Janes first time here finishing in 1.13.38.

Jo Page went all the way to Cyprus for a marathon, running the Larnaca Marathon in 3:38:25, finishing 4th female and 57th overall on a hot day of Well I survived the Marathon in 27 degrees. 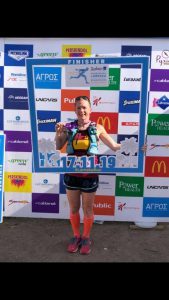 20 ORC’s braved the The Drogo 10 a 10 mile multi-terrain race that starts and finishes at Castle Drogo, taking in views of the Teign Valley. 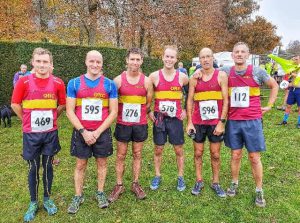