More half marathons occupied Okehampton Running Club members last weekend. Rachael Haydon travelled south down to Cornwall to take part in the Falmouth Half Marathon on Sunday. This route starts in the lee of Pendennis Castle, following the coast past the beautiful beaches of Gyllyngvase and Swanpool as the route rises to give fabulous views over the bay towards Pendennis Castle. It then follows undulating country lanes where there is support from the residents of the villages it passes through. Rachael wasn’t expecting quite such a hilly course, but met the challenge head on finishing in a good time of 2.13.15 for such a tough course. 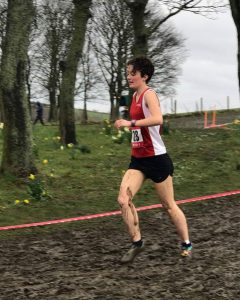 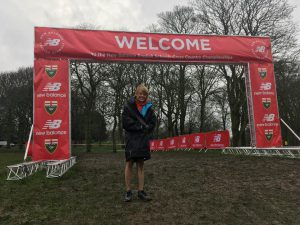 Mum and daughter Sarah and Molly Marvin had much more travelling over the weekend, taking the long trip up to Leeds on Saturday for Molly to compete in the English Schools Cross Country Championships. The conditions here were horrendous with a combination of gale force winds, heavy rain and a muddy, hilly course to tackle. Sadly Molly didn’t get picked for the English team, but she always enjoys the experience gained from competing at this high level. Okehampton’s Sam Priday was also competing here and had a good run, his time contributing to Devon’s Intermediate Boys team that finished a brilliant second out of 43 teams. 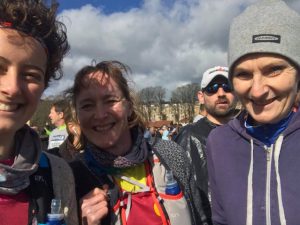 Having returned from Leeds late on Saturday it was a quick turn round for Sarah and Molly as they were both running in the Bath Half Marathon on Sunday. This has a fast flat course, straddling both sides of the river Avon and avoiding all the hills surrounding the City. It is a ‘Big City’ race, entirely traffic-free, starting & finishing at the same point in Great Pulteney Street, with a roadway spanning 46 feet. Sarah and Molly chose to have a steady run round here, taking in the atmosphere of this big race and finished together in 2.00.00 exactly. Fellow ORC Kate Wilson didn’t run with them but finished surprisingly close in a time of 2.01.30. 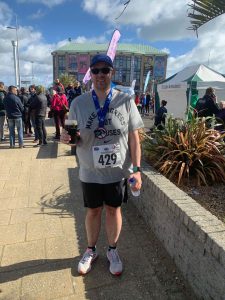 West Dorset was the destination for Liam Keen when he took part in the Weymouth Half Marathon. Now in its 5th Year, this popular seaside half marathon provides runners with some outstanding scenery, history and a pretty flat, traffic free course. Starting from the famous Weymouth Clock Tower the runners take a scenic tour of Weymouths past and landscape through the town, harbour, sea front and Lodmoor Country Park. Liam hasn’t been able to run with the club for some time due to work commitments and his training has been somewhat sporadic for the same reason so he was really pleased to finish here in 2.17.48, shaving seven minutes off his last half marathon in October.