Yet another weekend of dreadful weather didn’t stop Okehampton runners from getting out to tackle some difficult races. On Saturday four ORCs travelled to Looe to take part in the “Hilly & Hellish” Looe Ten Miler in dry but breezy conditions. The route begins on the estuary and climbs through the town and onto the coastal road to Talland Bay taking in several long steep climbs and descents. Looping along winding roads past the lovely Sclerder Abbey, the route re-joins the outward leg for the final three miles back to the town.  Great local support and lots of jelly babies all the way round. Dave Bates was first ORC home in a fantastic 1:19:33 to be 1st MV65, followed by Kate Wilson in 1:44:33, Katy Speak in 1:59:41 and Carole Cornwall in 2:01:01 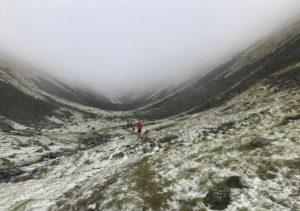 Further afield, another four ORCs took to the fells of the Northern Pennines, running in the 9 mile High Cup Nick Fell Race. Here it was tough going, particularly during a 30 minute snow and hail storm and they faced a strong headwind in the last four miles home.

Elliot Hails was the first of the four home finishing in 1.36.16, followed by Merv Rice in 1.51.38, whose whole family was taking part in the race. Ellodie Stott and Katherine Murray ran much of it together with Ellodie coming home in 1.59.05 and Katherine in 1.59.14. 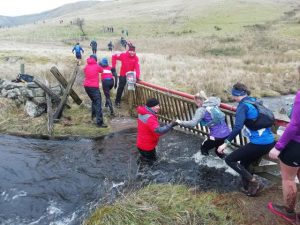 Even more brutal conditions were endured by the quartet of ORCs taking on Puretrail’s Hameldown races on Sunday. The Hameldown Hammer is a tough race in good conditions, but factor in the slippery wet and muddy terrain, 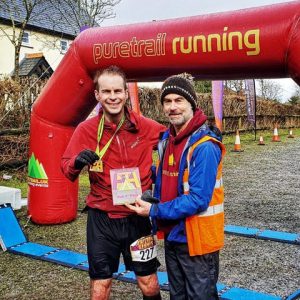 the 50mph winds with much stronger gusts and this became quite a challenge. In these extremely testing conditions Jeremy Tandy was the first home for Okehampton, running an incredible race, coming home in 1.49.56 to take second place. Joe Lane also had a great run, coming 9th in 1.57.53 while Christine Fritsch unsurprisingly had her slowest run to date round the course, though still good at 2.52.34. Jane Jackson took the decision to drop to the shorter Hameldown 7even as she had a bad cough and completed this in 1.50.17. 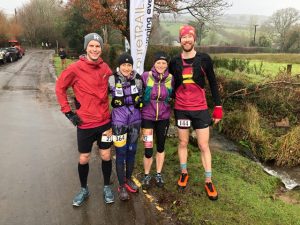 The weather was much kinder to Katie Sherjan at the Exeter 10k, another race that starts on the Quay and takes advantage of the flat Duckes Meadow Park and Riverside Valley Park. 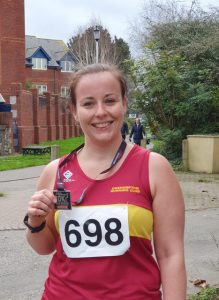