As the festive season draws nearer, our runners were still prepared to get out and tackle some muddy off road races in both daylight and the dark. The Wild Night Run’s Dark Dart Dash, The Torrington Christmas Caper and the Mud Crew’s Scrooge.

At Wild Night Run’s Dark Dart Dash on Saturday evening there was a range of distances to run from the 1k and 2k children’s races to a 5k for anyone over 12 years old and 10k for adults only, all taking place around the grounds of Dartington Hall. Christine Fritsch choosing the 10k and Gill Spinney the 5k, after accompanying her daughter in the 1k, Gill watched her son in the 2k. They both enjoyed their races, with Gill having a terrific run in the 5k to finish in 32.29, coming second lady overall and first in her age group, and Christine finishing well placed in the 10k in 1.03.42. 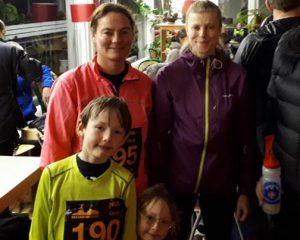 The Torrington Christmas Caper has become a traditional Christmas excursion into the mud and fields around Torrington, taking in some some of the Tarka Trail, forestry tracks and offering plenty of hills with the odd river crossing. As with most of these races at this time of year there was plenty of fancy dress on show, some standing up to the muddy conditions better than others. Tom Andrew and Ruth Bushell taking this tough race on for the first time, while Richard Owen had done it before, but hasn’t raced at all for the past eight years! He was pleased to complete in 1.33.58, as was Tom who ran well to finish in 1.36.06, with Ruth enjoying her debut run here, coming home in 2.00.20 and hoping to return again next year.

While these races had their usual share of mud and hills for winter off roaders in the south west, Mud Crew’s Scrooge, held at the Lost Gardens of Heligan, ensured that runners not only got thoroughly muddy, but got the chance to wash it all off with a swim before getting muddy again. Sold as a perfect pre-Christmas mud fest, this 7 mile trail race includes some stretches of water so deep that some smaller runners have to actually swim rather than walk across! There are also a good number of steep hills to climb, one being repeated three times, but to keep their spirits up and help them get through this brutal race there was cider and merlot on offer at the drinks stations! Jo Turner was the lone runner here, running it with a friend and thought it was the best seven miler she’d ever run, clocking quite a good time for the conditions of 1.51.10. 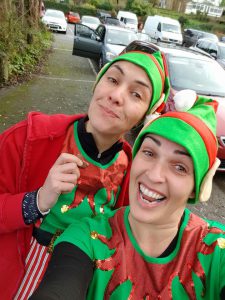 On Saturday evening, while some runners were out racing in the muddy darkness, others were enjoying the club’s Christmas celebrations at the Pavilion n the Park. There was a buffet meal followed by a draw for prizes including a lovely Christmas hamper, won by Danielle Fullford Brown and £72 was raised for the Devon air Ambulance. 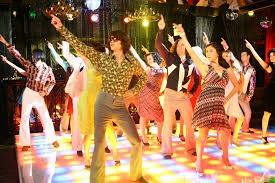