It was a weekend of great performances by Okehampton runners, from juniors to the most senior members. Saturday saw the National X-Country Championships take place over an incredibly muddy and sticky course at Loughborough which made for very tough going. 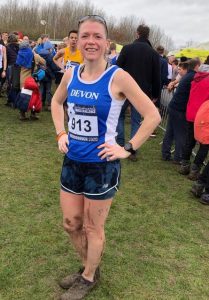 Jo Page ran a strong 10k Ladies race to come 4th of the Devon runners, with Mathew Richards also running very well to be 4th in the team in his race and Sam Priday 8th.

Geoff Hill returned to the Lee Valley Stadium in London, this time for the British Masters Track Championship where he followed up his gold in the 800m 2 weeks ago with a silver medal in the 400m, clocking a time of 57.63secs. Geoff won his final but the winner of the second final finished just one tenth of a second faster and so took gold. 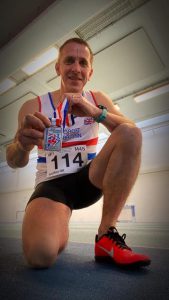 On Sunday there was a good turnout of ORCs at the Bideford Half Marathon. Prize money for the first five male and female winners attracted some top runners to this fast and flat race where there were 1,550 entrants. Conditions were good once the torrential downpour that started as soon as the starting klaxon went off had passed! First ORC home with a superb run was Hayden Bond, finishing in an excellent 16th place in 1.17.00, knocking a minute off his PB. Claudine Benstead was the first ORC lady home in an incredible 1.33.12, winning the FV60 prize by a huge margin and setting a new club age category record. Steve Sincock was another category winner taking the MV60 prize with an equally impressive 1.24.05, also for a new club age record. 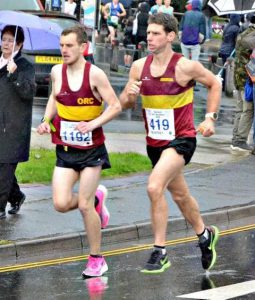 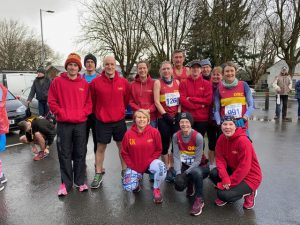 The iconic Grizzly also took place on Sunday. Jeremy Tandy ran the full 20 mile Grizzly, finishing in 2.50.25 to be 26th out of 1,385 finishers. Christine Fritsch had to make the decision to drop to the shorter distance, the Cub, when she became unwell out on the course. Taking it slowly she still enjoyed the race, finishing in 2.12.23.