Another Okehampton Running Club Challenge rolled round last weekend, this time with the theme of “Pride”as its inspiration. These challenges have played an enormous part in keeping the club members together and helping to retain the feeling that they are all still part of a club, not just individual runners despite the restrictions of the Covid Pandemic. This became evident by the fact that overwhelmingly most people did runs saying that they were proud to wear the club colours and proud to be a member of such an inspiring and supportive club. 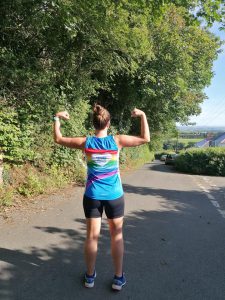 One member, Nicola Leach was proud on this occasion though to wear an NHS rainbow vest for her run with Lora Medland, having bought it to wear at the Edinburgh Half Marathon, but been denied the chance. As a trainee nurse she had every reason to be proud of being part of the NHS through these times. 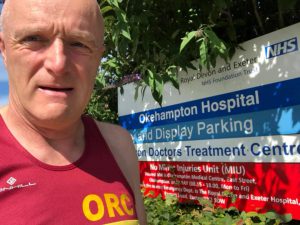 Robert Richards also dedicated his run to the key workers in the club and beyond by doing a route linking sights where they have been working throughout lockdown such as the police and fire stations, the hospital and the supermarkets.

Some were deservedly proud of themselves, and others of them. At the age of 70 Janet White’s return to running since breaking her ankle on a moor run last year has proved difficult, especially through lockdown, but this weekend she did two runs. The first was with two club mates on the Tarka Trail, running a mile and a half further than she has been with the reward of tea and cake at the end of it. The second was a short moor run with two other friends, giving her the confidence to get back out on the moors she so loves. All her co-runners were proud to be running with this inspiring lady. 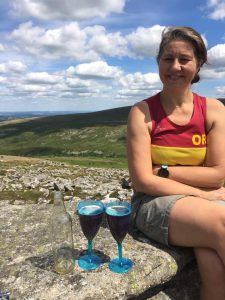 Debs Crome celebrated her wedding Anniversary by doing a 6mile walk on Dartmoor, proudly wearing her ORC vest and reflecting on all the places she’s become familiar with through running with friends on the moors. Her husband surprised her with a bottle of home brew to mark the day while siting in the sun on Belstone Tor. 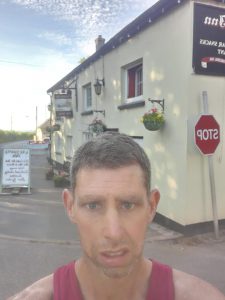 The person who has the most reason to feel proud is Andy Vallance. It was his idea to set up a running club in Okehampton and his run was the route he did when he first started running in 1998 in order to take part in the London Marathon. Without him taking up running ORC would never have happened, but the club has grown way beyond what he ever envisaged, changing and enriching people’s lives through making friendships that go beyond just running together, and by the fitness and confidence it has given members. People have met new partners and many have found a new passion for being outdoors and exercise, for running on the moors or for racing competitively. The club developed with an ethos of being inclusive, supportive and equal, where everyone’s achievements were acknowledged on whatever level, a club that all members are proud to be part of.

Thank you Jane for preparing the report.