Spring sunshine greeted everyone for the Granite Way races on Sunday, with a great turnout for both the 10 and 20 mile distances.

Chris Turner was the first ORC home in the 10 mile race and fifth overall, with Andy Vernon, Stuart May and Mike Baker all finishing closely after. Charlotte Radnor ran a strong race to come third lady and Janet White and Chris Fullford Brown both set new age group club records!

Both races saw some ORCs taking on the furthest distance they had ever run before, in preparation for their first ever marathons. Well done to everyone who ran and thank you for all the support from our brilliant marshals!

Further afield, Christine Fritsch and Sarah Haigh took on the challenging Grizzly in south Devon. It was the first time that they had run this notoriously tough 20 mile multi terrain race famous for its steep climbs, pebble beach and bog to get through. Both had trained well for it and soldiered on despite Sarah injuring her hamstring at mile 14, meaning they had to walk the rest of the way in. The pair were still in good spirits when they finished in 5.08.47.

Even further away Mags Jarvis ran the Trafford 10k with both her daughters. This is a very popular race with international runners taking part on a fast course. Mags ran well finishing 4th in her age category – and 11 seconds ahead of one of her daughters.

ORC results can be found here

Photos can be found here 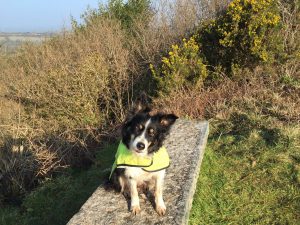