The implementation of the second lockdown put a stop to Okehampton Running Club’s group runs, all races and the newly set-up Couch to 5k programme. Not to be discouraged at the prospect of returning to running with little motivation, Robert Richards once more set up the fortnightly ORC challenges, giving runners a sense of achievement for completing a run and sharing it on the club’s Facebook page. This kicked off with a challenge to “feel the burn” during a run over the weekend, either by putting a real effort in for the last km of the run, or pushing hard on an uphill section.

Once again ORCs rose to the challenge, with runners either going out on their own or with one socially distanced other runner. First to log in was Bernadette Blackman with a 6.8m run on the moors where her last km was faster despite an uphill finish.

Several headed out to the moors where unfortunately they were enveloped in a thick mist on Saturday, but Rob Hicks managed to put in a fast last km on a tour of the ring road putting him in the lead for the fastest male, only to be overtaken soon after by Joe Lane. He’d narrowly missed a sub 20min 5k on a previous challenge but by running the same route the other way round he achieved his goal in 19.46 with his last km the fastest.

It wasn’t all about speed though, just about putting some effort in to feel the burn in the legs, something Beki Simmons and Hannah Woods felt when they had to divert their route which made their last and fastest km uphill which certainly made their legs burn.

It was very encouraging to see how some of the Couch to 5k runners embraced the challenge incorporating the “feel the burn” into their programme for this week. It’s particularly hard for them as they have only just started running and the support of others is really needed to keep their motivation up so a big well done to Bev Dennis, Charlotte Williams, Natalie Uglow, Vicky Evison, Emily Curry and Jayne Pleace. 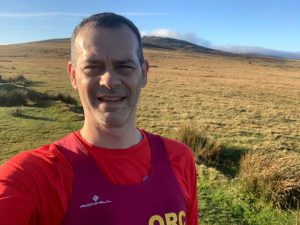 Sunday saw  much better day for those who did their challenge on the moors where Phil Turner was the first up there enjoying the beautiful early morning sun and clocking a fast last km albeit a bit downhill. 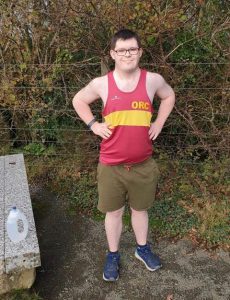 Joseph Lynch loves these challenges and took part on both days and Carron Holmes also went out for a second try on Sunday. Having narrowly failed to make her last km the fastest on Saturday, she made sure she really made her legs burn this time!

The overall fastest 5k of the challenge was clocked by Robert Kelly on the Granite Way, making it hard for himself by running 20k with each km progressively faster than the previous one, his last being an impressive 3.36.

Anne Binns put in the fastest km for a lady, clocking a 4.11 last km while running with her husband John.

It wasn’t a race to clock the fastest time though. The real aim of this challenge was just to get people out there running and enjoying seeing how fellow club mates did too and in this it was very successful. 76 club runners took part and 5 non-club runners with 56 ladies, 20 men and 4 juniors. All are looking forward to the next challenge.