Last week saw the end of the club’s Couch to 5k beginners course and it was finished off on Sunday with an opportunity for these new runners to put themselves to the test and complete a 5k timed run on the Granite Way. It wasn’t a race, just a chance for them to prove to themselves that they had come a long way from when they started 10 weeks ago. A 5k course was measured out, starting near Prewley with the runners heading towards Okehampton and turning at Meldon Viaduct for the return half. On a cold and grey morning it was good to see twelve of the Pavey group turn out to give themselves the chance to run a continuous 5k and be awarded with a certificate upon completion of their run. Every one of them completed in under 38 minutes with Jim Fitton finishing in under thirty and all were delighted with their efforts and we now look forward to them starting their transition into the club.

After these runners had completed their time trial another one was held for other ORC members to run for their club awards. Twelve runners also took part in this with several of them running new personal bests. These were Tom Andrews; 21.24, John Binns; 21.26, Katherine Murray; 24.11, and Paul Evison who not only set a new PB but also a new club record for the MV65 category with a time of 23.16, while one of the new junior members, Mathew Richards, ran his first 5k time trial, completing in a very respectable 20.54. 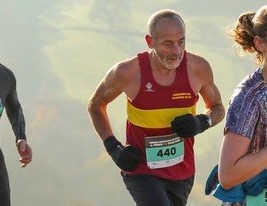 Merv Rice enjoyed a great run when he took part in the Adidas Terrex 10k which is held in conjunction with the Kendal Mountain Festival in Cumbria. Merv attends the festival most years where his son-in-law is the event manager and this year was blessed with beautiful weather to get out for a run on the surrounding fells. The race was started by Olympic Triathlete Jonathan Brownlee and the route took the runners out of town from the centre of Kendal, taking in the Tour of Britain finish climb, before heading off road to Scout Scar. Here they turned right along the escarpment where there were magnificent views across the Lyth Valley, before returning back to Kendal and down steep cobbled streets to the centre. Merv thoroughly enjoyed the chance to run in this beautiful area once again, finishing in 1.01.13. 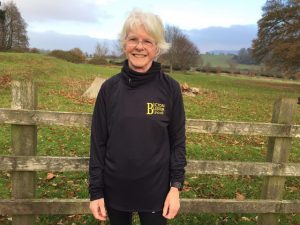 One Lucky ORC found blue skies and sunshine to run in on Sunday. Jane Richardson took part in her third 10 mile race in three weeks when she ran the Bicton Blister in East Budleigh. The race starts and finishes at Bicton College with short road sections, but is mostly on forestry tracks and on the sandy and stony heathland paths of Woodbury Common. Jane had a very good run here, thankfully not adding any extra miles by getting lost as she had at the Drogo10 last week, to finish in 1.52.58.

Thank you Jane Jackson for your reporting.