Our regular reporter and esteemed road and trail runner, Jane Jackson, took a weekend off reporting this week to complete the Lulworth Cove Ultra Marathon in Dorset on Saturday, running an amazing 33 miles up and down the South West Coast Path. With knee trouble and sheer determination she put mind over trail to get to the finish line. Well done Jane, an inspiration to us all. 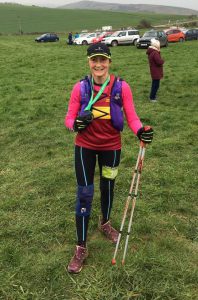 Also on Saturday, several ORCs took part in the 3rd edition of PureTrail’s Deep River Trail Races which comprises of a 10k and a half marathon. The races start at Piddledown Common on the approach to the iconic Castle Drogo and make their way down to the River Teign, before a series of steep inclines and descents in the Fingle Woods. Representing in the half marathon and first ORC back was Stephen Gentle 4th overall and 2nd SM in 1:47. Chris Turner was next in 2:14 followed by Jo-Anne Turner and Karen Vallance scooping joint 3rd FV40 in a time of 2:31. Rounding off the ORC finishers was Robert Cunningham in 2:50. 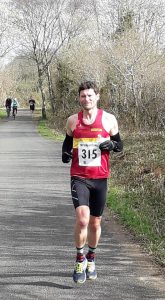 On Sunday in perfect weather conditions it was a flatter, but equally local, affair with The Granite Way 10 and 20 milers. These runs take you along the Granite Way cycle path with fantastic views over Dartmoor and the surrounding countryside. The route is ideal for those training for Spring marathons offering the 10 mile (1 lap) or 20 mile (2 laps) on traffic-free paths starting from the Okehampton Railway and Youth Hostel and running alongside the railway tracks to Meldon Viaduct, on to Prewley, Sourton Cross and then towards Lydford before the runners turn after 5 miles. First home in the 20 miler was Hugh Robinson in 6th place, delighted with his big negative split, in a time of 2:14, before the London Marathon in April. First lady and second ORC home was Jo Bradford, running her first ever 20 miles in preparation for her first marathon in Manchester in 2 weeks and knocking 19 minutes off the club record for her age group in 2:50 at the same time. Running alongside Jo, was Graham Bryant, also finishing in 2:50 and also preparing for Manchester for the second time. Next in was Paul Evison, training for his first marathon in Stratford-upon-Avon, and running his debut at the distance and achieving the first club record for his age group in a time of 3:03. 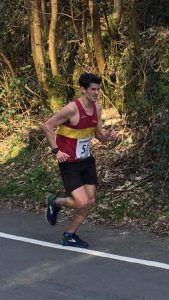 In the ten miler there were six runners racing. First ORC home was Rob Kelly, in a superb second place overall in a time of 1 hour and a rather annoying five seconds. Having been ill recently, he spent much of the race in first place and stayed in contention right to the end. First ORC lady was Sarah Marvin, who also achieved the club record for her age category, knocking seven minutes off, with a time of 1:15. Next in was Lu Walsh, running her first ten mile race, followed by Tracey Mills and Rachel Holland running together and Kathryn Volkelt-Igoe who ran a PB in 1:38. 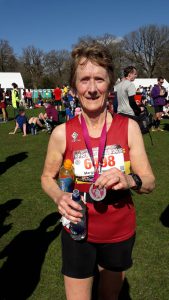 The Forest of Dean Trail Half Marathon course for 2019, held on Sunday 24th, was the same as for the Spring Trails event in the past few years, utilising well maintained forest trails. Mags Jarvis decided to do this event as trail running is her favoured type of race and, this year, was the only ORC taking part out of nearly 1900 competitors.

The course began and finished at The Speech House, which is right in the middle of the forest, and  followed the trails in a clockwise direction. The weather was excellent and there was little mud on the tracks. There were a few steep inclines and the total elevation of the course was just over 750′. Mags finished in 2:05:33, which was nearly 4 minutes quicker than she ran on the same course in 2017, and gave her a club diamond award. 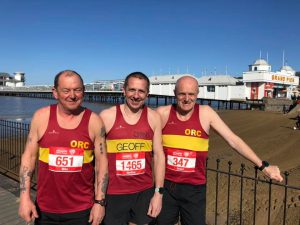 A few runners ventured further afield to Weston-super-Mare for the half marathon on Sunday. The Weston Super Half starts on the Marine Parade at the entrance to the Grand Pier, taking in the sites of Weston-super-Mare and the surrounding picturesque Somerset villages in this single lap, closed road, fast half marathon. And the grand finale being a totally unique opportunity to finish quarter of a mile out to sea on Weston’s Grand Pier. In perfect conditions the first ORC home was Geoff Hill with a personal best time of 1:24, followed by Mike Westland in 1:49 and Robert Richards, also with a personal best time of 1:54.

Thank you Jackie for stepping in to gather the report.