Exeter half and WWL Stover School

After the snow of last week the weather last weekend was still not very runner-friendly in that there was blustery wind but that aside conditions were pretty good for the first of the two days of the Exeter Half Marathon. With the start and finish at Haven Banks on the Quay, the course is two laps of the Riverside Valley Park. With a slightly twisting route, which can be exposed to the wind in places, it is however very flat and considered a PB course. Three Okehampton runners were in action there on the Saturday, with Andy Vallance first home for the club. Now well into his training for the London Marathon Andy had a great run, finishing in time of 1.19.47. Jonathan Stephens, a relative newcomer to the club, was running his first race here and put in a great performance to finish in 1.27.11. Emma Dean hasn’t run a half marathon for two years so it wasn’t surprising she set a new PB here as her running has improved dramatically in the last year. Her time of 1.42.20 knocked a massive 18 minutes off her previous best time.

Sunday saw worse conditions for Kathryn Volket-Igoe who had opted to run on this day. With everything from a biting cold wind, freezing rain and some occasional sunshine, Kathryn didn’t have the conditions to run a PB, but was pleased to fill in the remaining gap in her awards chart, finishing in 2.15.05. 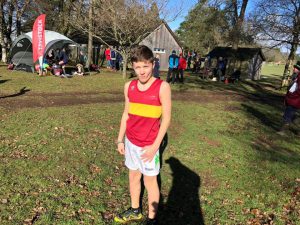 Similar conditions were experienced by the club’s Westward League runners in the penultimate meeting of the series at Stover, but with the addition of plenty of mud underfoot. The Under 13 Boy’s was the first race to have ORC represented, where Mathew Richards improved on his first run at Westward Ho! to come in 12th. 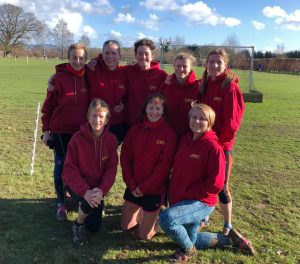 The ladies found the going tough but all cheerfully ploughed their way round, with Jo Page putting in a very strong run to finish in 31st place, despite some injury worries leaving her decision to run until after a warm up round the course. Sarah Marvin finished ahead of daughter Molly here, followed by Jo Bradford who put some distance between her and Karen King this time, with Jane Jackson next, then Mags Jarvis who had overtaken Christine Fritsch in the late stages of the race. 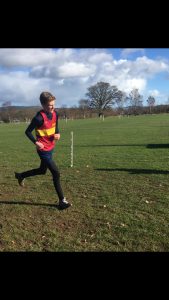 The Under 15’s followed on from the Ladies race, meaning they had an even muddier, churned up course to tackle but both Sam Priday and Harrison King ran well with Sam finishing in an impressive 7th position 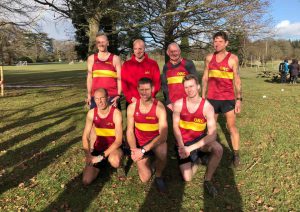 The Men’s race saw a bout of horizontal freezing hail and rain during their first lap, but some good team places were scored with Paul Crease first home in 25th place, with Andy Vallance just four places behind. Christian Davies continues to improve his X-country times and was next home, followed by Stephen Sincock, Graham Bryant, Stuart Page and Ian Page. With just one race left the series Okehampton currently has three runners, Stephen Sincock, Ian Page and Jane Jackson holding good places in their age categories.