The tale of two cities and more

It was a busy weekend of races for the Okehampton Running Club and a very hot one too for racing. We had runners featured at The Ocean City Plymouth Half Marathon, Exeter Marathon, The Crediton Crunch, The Crystal Palace Chase, the Tavy 5kool 5k and Tamar lakes park run.

A popular race this weekend was the Crediton Crunch where four runners took part in the multi-terrain race organised by Crediton Running Network in aid of the charity Hospiscare. At just under six miles the course is quite a hilly one along quiet country lanes, footpaths and strangely includes an off-road motocross course within it, but at least the ground had dried out so much with the recent dry weather there was no mud for once. Alec Robinson was the first home in 43.59, followed by Jo Page on her weekly race in 48.00. Tom Andrew struggled with the heat finishing in 52.06 with Caroline Wilson coming home in 1.04.41. 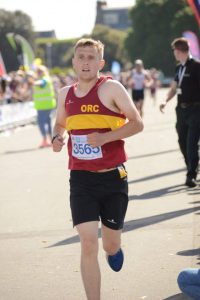 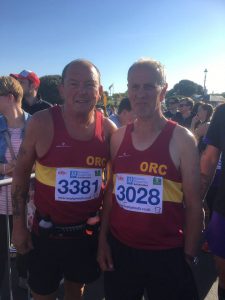 At the Ocean City Plymouth Half Marathon six  runners took to the city streets where there was very little shade, but luckily an early start meant it was perhaps not quite as uncomfortable as it could have been later on. First home for the club was Hayden Bond, continuing his improvement since joining the club to set a new personal best of 1.33.47. Gaz Williams was next, running a great race to finish in 1.58.35, spot on the pace he had aimed for. Very close behind was Mike Westland in 1.58.42, followed by a relative newcomer to the club although not to running, Paul Evison, whose time of 2.00.56 was a new pb by 5 minutes. As one of the older newcomers, being in the MV60 category, he was pleased to find that running with the club has improved his times. Cam Whitelaw was slightly disappointed with his time of 2.11.31 despite the fact that this was a marginal pb, but he didn’t enjoy the hot weather today, nor did Daniella Bryant who finished in 3.01.01. 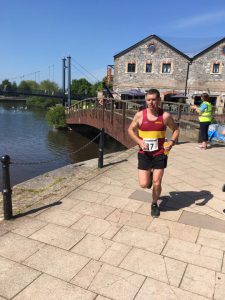 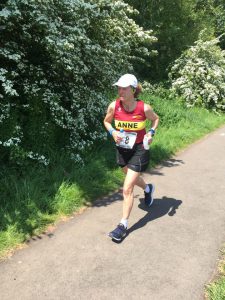 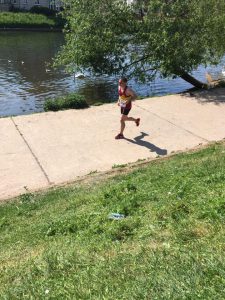 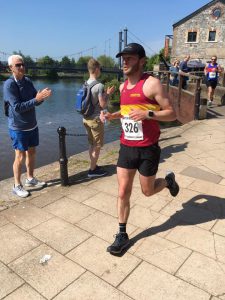 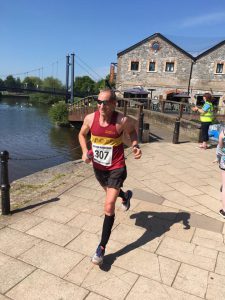 At the Exeter marathon there was also no escaping the sun where the fast and flat three lap course is mainly on the paths and cycleways beside the canal and River Exe. Here seven runners were flying the flag for Okehampton, with some very good results, especially given the heat. Veteran Paul Carter, who has been in consistently good form for some time was the first home in 3.07.45 to be 2nd MV50. Andy Vallance had a very good run too finishing in 3.11.33 ahead of Roger Voaden in 3.15.14. Just one runner separated Roger from Hugh Robinson, who has struggled with an injury in the later stages of his training and was therefore very happy to finish fairly comfortably in 3.15.47. Andy Thorne was the next home in 3.55.42 followed by Anne Binns who bettered her own club age category record by finishing in 4.06.25. Anne has been plagued by health problems which has affected her training through recent races and this was the first time she has returned to her more usual performance. Geoff Hill has had more injuries than periods of training in the last year, recently winning the club’s prize for the most injured runner at the awards evening where he was presented with an inflatable walking frame! This might have proved useful on Sunday, where, determined to claim the medal and T shirt he’d paid for in the entry, he completed the course in 4.42.17, 1hour 22minutes slower than his pb, but pleased he didn’t feel any the worse for it. 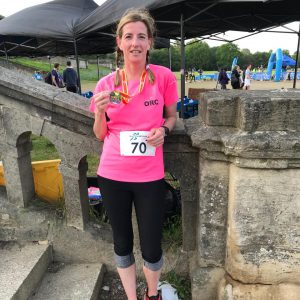 Earlier in the week Jo Bradford was up in London and, following her excellent pb at the Bideford 10k on the Sunday, she decided to have a go at her 5k time. She entered the Crystal Palace Chase the Sun 5k where she had another great run, setting a new pb for this distance by coming home in 23.43, to be fourth female. 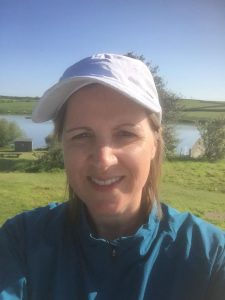 Two Okehampton members took part in 5k races on Saturday morning with Mags Jarvis running the Tavy 5kool 5k and new member Jo Drew trying out her first Parkrun at the Tamar Lakes. Jo had only joined the club very recently, having done some running on her own and completed the Run in the Park a couple of times, so was very pleased to set herself a new pb of 32.38. Mags improved on both her 5k runs last year to get her diamond award, finishing in 26.00 at the monthly 5kool race in Tavistock.

Last week Katie Littlejohns took part in the Race the Tide organised by Puretrail Running. There are there distance options here, all being over the standard category distances, with a Long Marathon (29 miles), a Long Half Marathon (16 miles) and a Long 10k, which is actually 14k. Starting at Mouthcombe and running through the beautiful Flete estate, it involves two estuary crossings where they have to beat the incoming tide. Katie had a great run, finishing the 16 mile “Half Marathon” in 2.22.26 to come 3rd Lady and 11th overall.