Okehampton Running Club’s fortnightly Challenge this weekend was to complete a run that was “special”. This could be a route that is special, running with someone special or anything that makes it a special run. As always social distancing had to be maintained between runners and a picture posted on the club’s Facebook page as evidence of the run. 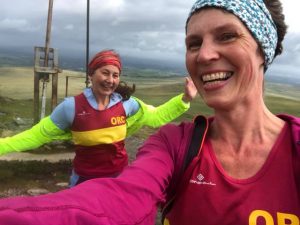 For many the special thing about their runs was the company they shared it with and about the support and encouragement they gave.  Paul Evison ran with his daughter Karen and grandson, Karen having been the one to encourage Paul to take up running. Hannah Ramsey and Debs Crome enjoyed each others company for the first time since March with a wild, wet and windy run on the moors. Claire Sprague, Jackie Dawes, Jessica Corcoran, Sarah Bell and Katie Sherjan met up for an early run in Fingle Woods on Saturday morning enjoying a post run picnic breakfast together after. 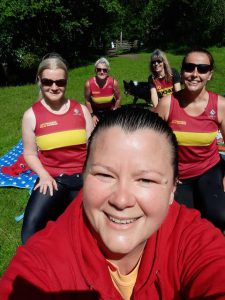 Once again this was open to ex-members, some of whom have rejoined the club having enjoyed the support of club members through Lockdown. Cathy Carey was one such ex-member, who had lost the love of running slightly, but through these challenges and the company of others, both virtual and real, has embraced running once more, rejoining the club. Her special run with friends saw her hit her target of running 200k in a month for the first time. 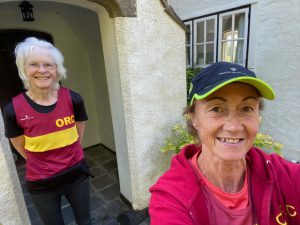 Two of ORC’s senior members Jane Richardson and Jane Jackson shared their first runs with a fellow ORC since Lockdown. Jane Richardson had self isolated completely until 2 weeks ago doing all her running round her garden and wearing a deep groove in the ground in the process. She’s entered virtual races to keep her motivated and in March she decided to take up the Run Every Day Challenge. Sunday saw her 99th day of the challenge, just one day off her 100 day target, most of which was completed in the limited space of laps of her garden and having run over 200miles in the process. Jane is a true inspiration to all in the club.

When it came to special routes these varied from Christine Fritsch running the route of one of her favourite races, the Haytor Heller to Jodie Monnox and Gemma Lawson running on the Granite Way, where they completed their first 5k time trial after “graduating” from the Couch to 5k course. Anne and John Binns went to their local Parkrun course, the Tamar Lakes as like many other members they are missing their weekly Parkruns. Lucy Brint took to Simmons Park to run the route of the monthly Run in the Park which was her first run after finding she’d got a London Marathon place and Danniella Tansley returned to where she first wore a race bib and where she did her first Parkrun at Exeter Riverside.

For Karen King Lockdown has been tough as a key worker and coping with a family. Despite living in Okehampton for several years Karen had hardly ever been onto the moors until recently when she started going for walks up there with fellow ORC Jo Page and has grown to love Dartmoor, enjoying the time to escape all the stresses of lockdown. Fittingly her special run was on the moors with Jo and Hayden Bond.

Katy Graves and Carole Cornwall made their run special by dedicating it to their friend Kath Bolt who has passed away. They had all started running with the Women’s Running Network, long before ORC existed, all doing their coaching course together and will always have Kath in their hearts.

Two runners, Stuart Page and Robert Richards celebrated their birthdays at the weekend so their runs were on a special day. 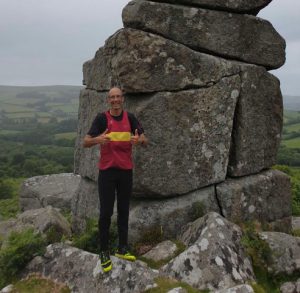 Paul Crease has for some time been on a mission to “bag” every Tor on Dartmoor on his runs. This has led to some convoluted run routes, often with barely a path to follow and many hours out running on the remote areas of the moors. Sunday was indeed a special run for him as he finally completed his mission, having bagged 415 Tors, 55 Hills, covering 615 miles with 100,487ft ascent over 52 runs. That definitely qualifies as a special achievement.

Once again thanks to Robert Richards for setting the challenge and collating the results.