Scorching hot temperatures made for some uncomfortable running for Okehampton Running Club members taking on another of the Lockdown Challenges at the weekend. This time the challenge was a “freestyle” one, where members were encouraged to go out and challenge themselves in any way they wished, be it running in a new place, a longer distance than normal, a faster time or even just getting out there and doing a run when without the virtual support of other club members they may have taken the easy option, particularly in such hot weather and not gone out at all.

The rules were the same as before, to do a run and post a photo of themselves in ORC kit along with evidence of the time and distance on the club’s Facebook page. All runs had to be done at a social distance if running with someone from another household. 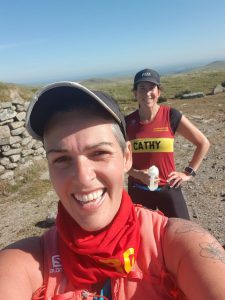 Among the first to log their runs on Saturday morning were Hannah Woods and Geraldine Walter with a run on the Pegasus Way, while Ali Holiday and Cathy Carey took to the Ring Road on the moors. Cam Whitelaw doesn’t like running in the heat at all but he had challenged himself to run as many miles as he could. With an early start he achieved an impressive 18.6 miles, much longer than his usual runs and what turned out to be the longest distance of the challenge. Also out early to beat the heat was Robert Richards, making sure he got a run on the moors before collating all the other runs as they came in and enjoying a cooling dip in the river at the end of it. 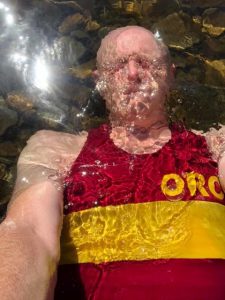 As the day wore on some runners defied the heat to put in some good efforts, but Joe Lane chose the cooler conditions of other end of the day with a sunset run over Sourton Tors.

Knowing that Sunday was going to be another scorcher, there were some very early risers the next day, first of whom was Andy Vallance who started his run from the Dartmoor Inn at Lydford at 5.50 am. He ran the Dartmoor 600’s Challenge, running all the 5 Dartmoor Peaks over 600m high. Andy has completed this before but with the exceptionally dry conditions on the moor he managed to achieve his fastest time and reduce the usual 18miles to 17m by taking very direct lines between the peaks. 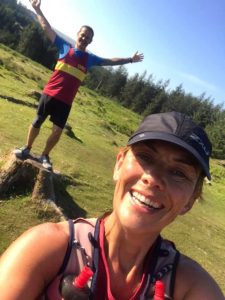 Jo and Phil Turner set their alarm for 5.00am to drive to Burrator Reservoir and run from there out to Princetown and back – a half marathon distance before it got hot or crowded. 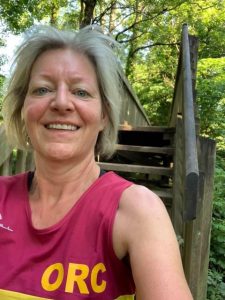 Some, like Mags Jarvis set out to do a shortish run but ended up going further, 10 miles further in her case, while a few including Jaqueline Rice, wished they hadn’t challenged themselves quite so much on such a hot day but nevertheless completed what they’d set out to do though perhaps a little more slowly. 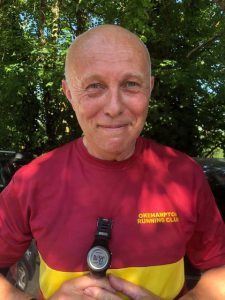 Just a week ago Chris Fullford-Brown was asking for someone to run with as he was lacking fitness and motivation but could only manage about 5-6miles. There was a terrific response from members saying they could accompany him and Sunday saw him join forces with Jessica Corcoran and Claire Sprague to each run nine miles.

The uptake was right across the board with ex-members taking part, some very new members including Jules Lewis-Tompson and two who will be joining the club as as soon as they have moved to Okehampton this week.

The camaraderie of fellow club mates continues to inspire members to enjoy their running even in these difficult times. Thanks as always to Rob Richards for setting it up and collating the results. In the end 81 runners took part running a total of 600 miles.

With no races being held anywhere at the moment, many runners have taken to entering virtual races, where they run set distances, sending in proof of their times from running apps such as Strava and are then given their results and placings online.The Run Exe series has transferred to these virtual races and this week there were some great results by ORCs. Super-fast Lady Vet60 Claudine Benstead was among the prizewinners with a time of 20.59 for her 5k, giving her an Age Graded percentage of 91%. Jane Richardson, an FV70, was also a prizewinner for her runs which are all done in her garden, having not left her home since the beginning of March. Mags Jarvis also got a special mention for her 5k that gave her an 80% Age Graded result.