Bideford 10k is the main attraction

As usual, the Club had a good turnout of runners at the Bideford 10k on Sunday. For once there were near perfect conditions at this popular race that takes the runners from the start on the Quay out to Instow along the road, returning to Bideford via the Tarka Trail with a final sprint back along the Quay. The fast and flat nature of the course has made this an excellent opportunity for personal bests and several runners produced their fastest 10k times so far here. First home for the club was Andy Vernon with a great run to finish in 39.57, coming third in the MV50 age category. Not far behind him was relative newcomer Hayden Bond, improving on his time he set at the Newport 10k two weeks ago in a great time of 40.35, with Graham Bryant next in 42.08. Despite having run marathons and even an Ultra marathon Graham has never tackled this shorter distance before. Jo Page, now a well established racing machine in the club having run a race nearly every week since joining, was the first ORC lady home to clock another PB in 45.54, still improving with every race. Tom Andrew, winner of the Best Newcomer Award on Friday, proved himself a worthy winner by producing a PB here, coming home in 48.22, with Karen King, another first timer at this distance next in 48.42. Jo Bradford, winner of the Most Improved Female Award, showed she has every intention of continuing to set herself new targets and keep improving with a great run here, finishing in 49.07. Having initially aimed for 51minutes this gave her a new PB by over 4 minutes. Not far behind, having shadowed Jo for most of the race, was Jane Jackson, taking a weekend off from her Ultra marathon training to give her legs a rest after the Hartland Hartbreaker the week before. Jane finished in 49.37 to come 3rd FV60 and attain her platinum award. Gaz Williams was also a first timer over the 10k distance and had a very good run to finish in 53.06, well inside the time he’d thought he’d achieve, while Jo Burrow is improving all the time and was very pleased to come home in 57.38 to get on the awards chart for the new season. Emma Cunnington was diagnosed with Multiple Sclerosis just over three years ago and had to stop running for sometime, but recently came back to run with the club and was thrilled to complete her first race in years in 1.02.26, not far off her old times for 10k.

Jane Richardson chose a different 10k at the weekend by taking part in the Ivybridge 10k on Saturday evening. This spectacularly scenic race starts in Ivybridge Station Car Park and finishes at Ivybridge Rugby Club. The course is relatively fast, despite the steep hill from Bittaford to Moorhaven. The last 6km of the route are almost all downhill, making for a fast 2nd half of the race. Jane had a good run finishing in 1.06.13. 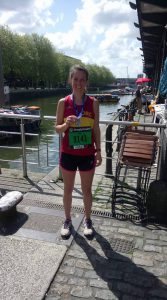 Further away, Abi Colton ran the Bristol 10k and was pleased to finish in 52.24, well under her predicted time. Abi is currently living in Bristol so is unable to train with the club but is still very much a member and happy to fly the flag for ORC there. 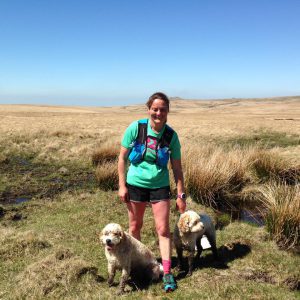 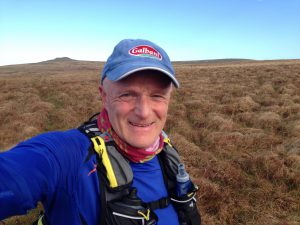 Two more members took up the Dartmoor 600’s challenge recently, both of them completing this tough run of beautiful days when the moors were at their best. This self-navigating challenge to run all five of Dartmoor’s peaks over 600m involves an 18 plus mile route with over 3,700’ of ascent depending on the route chosen. Gill Spinney had her dogs as companions when she ran two weeks ago, while Robert Richards completed it this weekend on his own as preparation for his up and coming Ultra-Marathons.